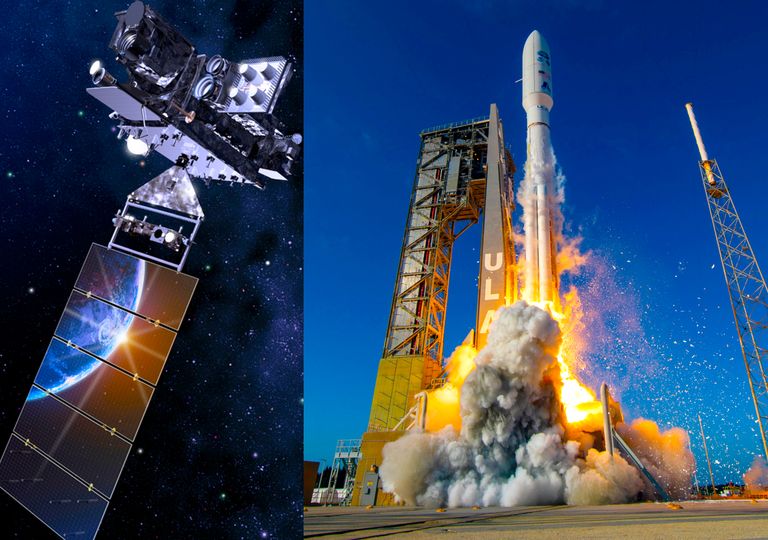 GOES (Global Orbiting Environmental Satellite) is a geostationary satellite that provides continuous observations of the Earth’s surface. The satellite’s instruments are placed on a platform called a DCP, which has a recorder, transmitter, and antenna. It has a suite of instruments to monitor the Earth’s surface, including wind, clouds, and temperature. These instruments have a wide range of applications and are used by the National Weather Service, commercial weather services, universities, the Department of Defense, and the research community around the world.

GOES satellites orbit the Earth in a geosynchronous orbit over the equatorial plane. This allows them to hover continuously over a single location on the Earth’s surface. At a height of 35,800 kilometers or 22300 miles, these satellites provide an in-depth view of the Earth.

The first GOES satellite was launched in 1975. It was called GOES-A and was renamed GOES-I when it reached orbit. The next two GOES satellites followed in 1977 and 1978. They were all nearly identical to the SMS satellite in design and function. The GOES satellites were spin stabilized and carried VISSR, SEM, and DCS instruments.

GOES satellites are vital for monitoring the weather on the earth. Since the first geostationary satellite was launched, the satellites have become an integral part of the National Weather Service. Environmental service agencies have stated that they need continuous and timely observations of the earth’s surface. The new generation of GOES satellites can provide this type of data, allowing meteorologists to better predict storms and hurricanes in real time.

Go up to the top means to be aggressive in your efforts. In British English, it means to start vigorously and without inhibition. It also means to let go means to be free from inhibitions and restraint. In other languages, the phrase go up means to be busy, go to court, or to the top. It is also possible to get into trouble.