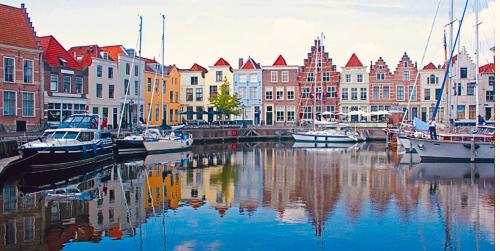 GOES, the Global Orbiting Environmental Satellite, is a satellite that continuously monitors Earth’s surface from geostationary orbit. The GOES satellite data products are used by the National Weather Service, commercial weather services, the Department of Defense, and the research community worldwide. Its specialized sensors collect data from over 20,000 sites in the western hemisphere. It also collects and transmits data on specific GOES channels.

The satellites are named after letters and are renamed once they are launched. GOES-A was launched in 1976, and was later renamed GOES-I. The next two satellites were launched in 1977 and 1978. GOES-1 through –3 were nearly identical to SMS satellites, and were spin stabilized and carried instruments such as the SEM and DCS. The current version of the GOES satellites has four primary instruments.

GOES’ ten-minute imaging will be crucial to the National Weather Service and Volcanic Ash Advisory Centers. Enhanced temporal cadence will help reduce the risk of airplane encounters with volcanic ash plumes. The enhanced temporal resolution will also help meteorologists make more accurate forecasts of volcanic activity and ash plumes. The data from GOES-R will be available externally via the Big Data Program. While this instrument is currently operational, it may be a few years away from full operationalization.

GOES satellites provide weather and climate data in real time. This helps forecasters and emergency responders make informed decisions on how to respond to weather events. The data they provide can save countless lives. These satellites are operated by NOAA. They are renamed after they reach geostationary orbit. They have a lifetime of approximately ninety-three years. A GOES satellite can measure three different parameters, including temperature and moisture.

GOES is also capable of receiving infrared radiation from clouds and water vapor in the atmosphere. GOES can also detect this infrared radiation using a system known as the Advanced Optical Imaging System. The ABI system helps to decode the images. But, the GOES satellites are currently only operational during daylight hours. This means that the GOES satellites cannot help weather forecasters in the evening.

GOES-16 is the first of the GOES-R series. Its advanced technology allows scientists to see weather conditions on Earth in a great deal of detail. It can also help in hurricane and tornado warnings. GOES-T is scheduled to launch in 2022. Its predecessor will be GOES-T. These two satellites work together to help forecasts for Earth’s surface and space weather. GOES is an important tool to keep track of climate.