GOES is the most important satellite in the United States weather forecasting system. It operates in geostationary orbit and provides continuous coverage of the United States, Atlantic and Pacific oceans, as well as South America and southern Canada. This instrument is the most advanced of the three GOES spacecraft and is used by the National Weather Service, commercial weather services, universities, the Department of Defense, and the global research community. GOES data products provide accurate forecasts and weather information, and are crucial for monitoring and predicting weather around the world. 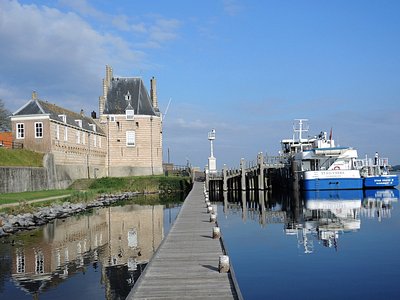 GOES satellites are operated and built by the National Aeronautics and Space Administration. They are named after a letter prior to launch and are given a new number once in geostationary orbit. GOES-N satellites have different missions. The GOES-N series consists of GOES-13, GOES-14, and GEOS&R alert messages. The IMAGER instrument provides data in GVAR and MAG formats. The HEPAD and IMAGER sensors provide graphical representations of data from GOES.

GOES images are based on visible light, which is light that reflects off the Earth’s surface. The images show areas that are not clouded, and meteorologists can use these images to track cloud movement and predict severe weather. The GOES satellite also captures data on clouds and other non-cloudy regions of the planet. Snow, ice, and light-colored sand reflect most visible light. Because of this, GOES is a vital tool in climate research.

GOES is used to monitor the Earth’s atmosphere. Its instruments are in orbit around the Earth, and have schedules for scanning the Earth. The GOES East instrument covers North America, a portion of the southern hemisphere, and the entire visible hemisphere. The GOES West instrument is similar to GOES East, but the map is different. The scan schedule varies depending on the conditions and weather. During severe weather conditions, the GOES satellites will scan the area more frequently.

GOES is used to observe the Earth’s atmosphere. GOES also helps in the detection of storms and other threats. Its instruments collect data on weather patterns and other weather events and make them available to other users. The National Oceanic and Atmospheric Administration owns the GOES satellites, while the National Aeronautics and Space Administration manages the design and launch of the spacecraft. The GOES mission is the same as the NASA’s.

GOES also provides data for other uses. It is a highly reliable tool for meteorologists, as it enables them to monitor the Earth’s atmosphere and detect storms. Its primary payload instruments, the Imager and Sounder, collect infrared and visible solar energy. The GOES satellites also carry a search and rescue repeater. The data are used by the U.S. Air Force Rescue Coordination Center.