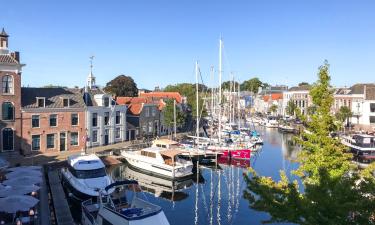 GOES satellites provide data essential to short-term forecasting and weather monitoring. GOES data are collected and distributed to several research and operational centers, including the National Weather Service and the National Centers for Environmental Information. These data are used by various federal agencies, commercial weather services, universities, the Department of Defense, and the global research community.

The GOES satellites are fixed at specific points in the Earth’s equatorial plane. These instruments scan the Earth continuously and send back images. GOES East monitors eastern North America; GOES West monitors the western United States and a large area of the Pacific Ocean. Both GOES satellites have their own set of regular schedules, and their scans vary according to weather conditions.

The GOES satellites record cloud observation data, providing clues about the strength of approaching hurricanes. The GOES satellites, which are destined for the Pacific, also observe cloud opacities, so they can help forecasters predict how storm systems will move in the future. They can also be used to track storm systems that are coming from the West, such as Hurricanes Harvey in Texas and Irma in Indonesia.

The GOES satellite mission is carried out by two primary payload instruments: Imager and Sounder. The Imager detects infrared and visible reflected solar energy. The Sounder provides data on the distribution of ozone in the atmosphere. Both instruments also monitor atmospheric temperatures and the occurrence of lightning.

GOES-R is the next generation of GOES satellite. The satellite has exterior dimensions of six meters by 5.6 meters by three meters and a mass of two thousand kilograms. It has a design life of 15 years and six advanced on-board instruments. The primary instrument, the Advanced Baseline Imager, has four near-infrared channels and ten infrared channels. These instruments allow GOES satellites to provide more accurate weather forecasts.

The GOES satellites are located in geostationary or geosynchronous orbit, directly above the equator. This orbit is known as a “sweet spot” for weather observations, and they collect weather data every 30 seconds in the northern hemisphere. Currently, the US National Centers for Environmental Information’s GOES program consists of 14 satellites, which were launched from the 1960s. The last one, the NOAA-19, was launched in February 2009.

After the launch of GOES-A in May of 1975, several other GOES satellites were launched, each with a different mission. The first two in the series, GOES-A, are still operational. The latest ones launched in 2016 will provide higher-resolution and near-real-time images of the earth.